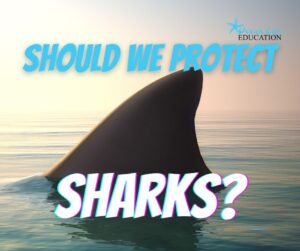 We think so! We hear so many negative stories about sharks in the media but what role do they actually play in the ocean and why are they important to us?

The fact is that sharks are a crucial part of the food chain and help keep the oceans, planet (and us), healthy… and their numbers are dwindling fast.

Sharks Get a Bad Press 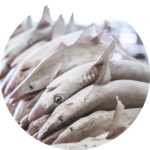 Many people fear sharks because of sensationalised stories in the media and scary films like Jaws.

The fact is that 100 million sharks are killed by humans each year and sharks kill around 12 humans a year.

So, maybe sharks should be scared of us, not the other way around?

Learn the Facts About Sharks 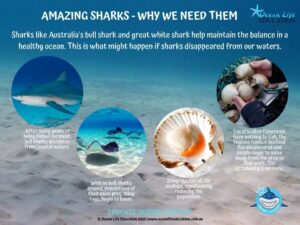 We need to take time to learn the facts about sharks and why they are so important to us and our world, so that we can help protect them. So, we have developed a range of FREE shark resources and an online Amazing Sharks Course aimed at dispelling the myths and promoting the facts about these misunderstood creatures.

Here are some REAL FACTS about Sharks… 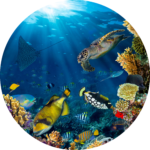 Sharks are APEX predators, which means they sit at the top of the food chain and help control the numbers of animals below them in that food chain. By controlling populations of large and mid-sized predators, sharks allow smaller fish to thrive, which has a knock on effect on the food chain below them. Therefore, sharks help create a healthy ecosystem with a diverse range of species and competitors.

Sharks Are a Keystone Species

Apex predators like sharks are known as keystone species. This means that they are crucially important. If you take sharks out of the food chain, the whole structure could collapse. 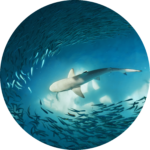 Sharks play an important role in natural selection because they prey on and remove weak and sick animals. This reduces the chances of them reproducing and helps keep fish populations healthy and strong. 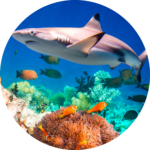 Sharks help prevent habitat loss. Habitats like coral reef depend on their fishy caretakers, like the little reef fish that live on them and clean and protect them from disease. Without sharks controlling numbers of big fish in a marine ecosystem, the numbers of these fish could explode. They would in turn kill off the smaller fish. If that happens, the reef would become diseased and die off, affecting millions of animals that depend on it for survival.

Everything On Earth is Connected 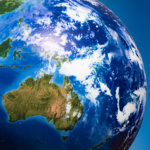 The earth’s ocean produces 70 % of the oxygen we breath, food to eat, controls the climate, breaks down pollution, provides us with medicine and much, much more.

Humans are part of our amazing planet’s ecosystem. So, it is in our best interest to protect our home environment and everything within it…including sharks.

Watch our video: Why We Need Sharks

Read Our Blog: How to Engage Kids with Sharks

How You Can Help Protect Sharks

How to Inspire Kids to Protect the Ocean

Reasons Why We Depend on Our Oceans

How Can I Protect the Ocean